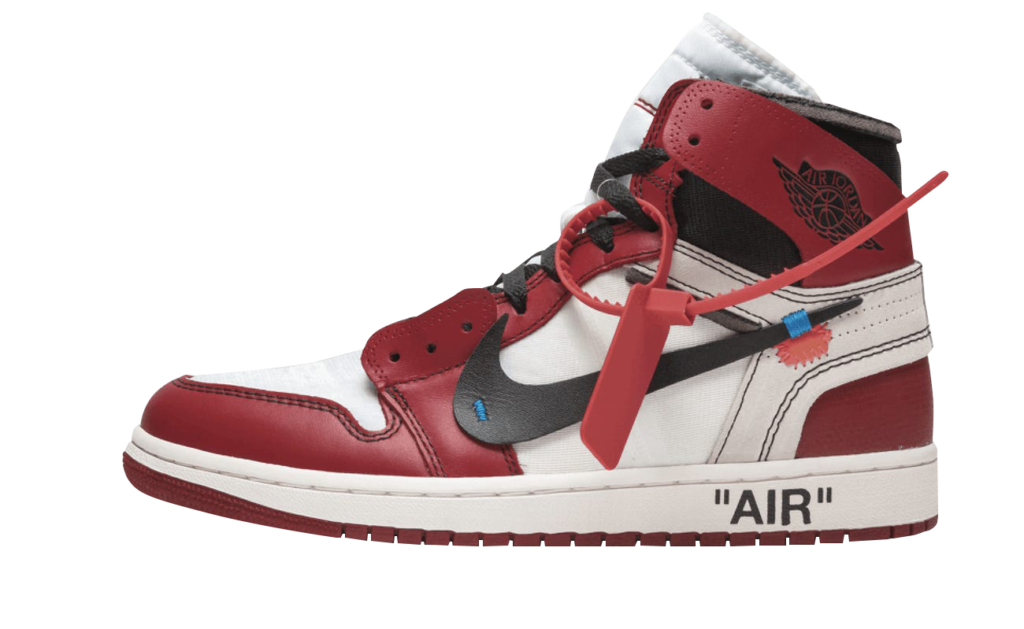 This pair of Jordans is Nicknamed "The 10" edition, and comes in the original Chicago-themed colorway: white, black and varsity red. This sneaker features a white, red and black deconstructed leather upper and a Swooshless medial side, stenciled with the following text: "Off-White for Nike Air Jordan 1, Beaverton, Oregon, USA © 1985." It also features floppy ankle collars with a hidden “85” written on the inside, an oversized and off-center Swoosh on the lateral sides, "Air" is written on the midsole and the word "Shoelaces" is printed on the laces. There is no branding on the tongue. “The 10” originally retailed for $190 when they were released in 2017, and were available in men's sizes only.

To boost the hype even further, only a limited number of Off-White x Air Jordan 1 Retro High OGs were produced. This was known by sneakerheads before the drop, so “The 10” was already highly sought after before it was even released. Today, they’re only available in the secondary marketplace. If you’re lucky enough to own a pair, we’ve got good news for you. The value of “The 10” has already increased over 3,000% since it’s 2017 release. 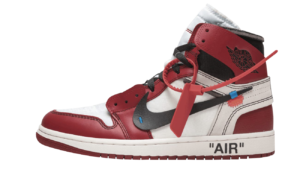 Again, by signing up you are making a non-binding reservation. You will not be charged unless you decide to finalize your investment during the initial offering.
£50 Per share
27% left
Reserve shares